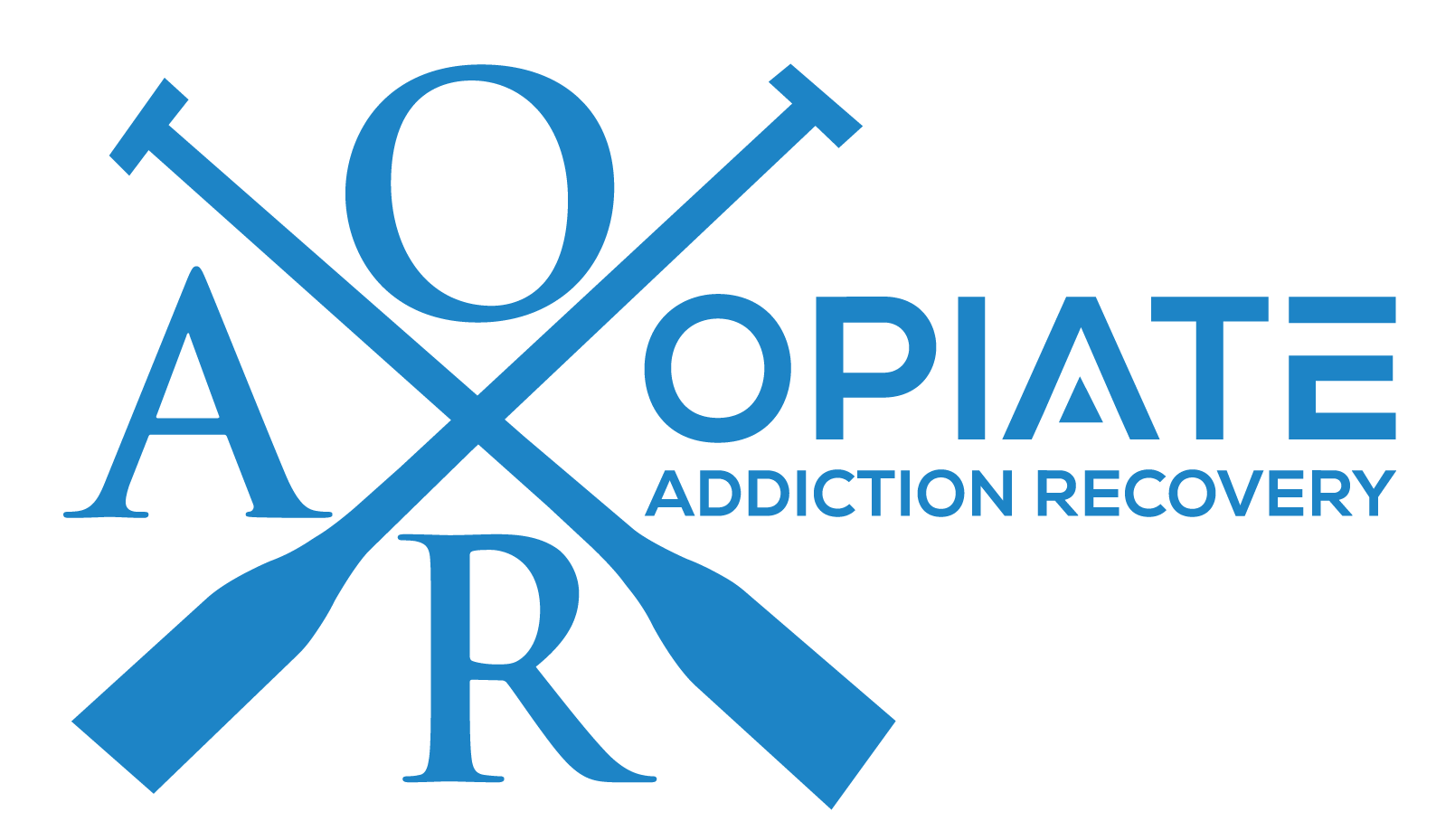 “Opioids” or “opiates” are a classification of drugs that are medically prescribed to treat pain. Opioids work by reducing and suppressing pain signals to the brain creating a psychological feeling of wellbeing best described as  creating morphine-like effects. Opiates were created to lessen physical discomfort from a trauma or chronic conditions associated with pain. They are a very potent and powerful class of drugs which can be easily habit forming.  Many people struggle with overcoming opioid induced addiction when they innocently enough started on pain medications after injury.  There are many forms of opiates and all of which are unique compounds that may be obtained legally or illegally. Addiction is a disease just like any disease with proper

The Department of Health and Human Services (DHHS) has an unenviable job: create a concerted effort to reduce the widespread abuse of prescription of opioids while at the same time protect legitimate access to these medications for those who need it. There is, therefore, a need for a comprehensive effort by various government enforcement agencies to address the risks posed by overdose of prescription drugs. It is not an easy task; restraint must be exerted when it comes to policing the use of substances that are essential but also potentially hazardous.

Generally speaking, any strategy that deals with such issues begins with educating drug-prescribers like pharmacies and doctors so that they prescribe these drugs only when necessary and appropriate. They also need to be able to identify any symbols that might give away a patient’s proclivity to succumbing to abusing these drugs. Access to opioids must also be restricted for individuals who do not need it outside a medical context. This prevents opioid abuse by stopping the drug from getting into the wrong hands. Next, there needs to be an effective support framework to treat cases of acute overdoses and provide long term treatment for addicts.

Not all cases of opioid overdose are accidental. It can be safely assumed that a significant number of cases are actually the result of untreated or undetected instances of substance-abuse disorder. Therefore, we need to provide comprehensive treatment facilities for addiction if the opioid epidemic is to be stopped. The procedures for treating chronic opioid addiction are well established but, unfortunately, underutilised.

Medication assisted therapy or MAT using opioid derivatives like methadone, buprenorphine, and naltrexone have been proven to be highly effective in treating opioid addiction. However, government statistical data from the National Survey of Drug Use and Health posits that out of 2.5 million Americans over the age of 12 who were documented with opioid abuse in 2012, less than a million received MAT based treatment for their addiction. This is after it has been conclusively proven that MAT is both cost effective when properly prescribed and monitored, safe. Availability of MAT based treatments also has a direct correlation with the number of instances of drug overdose; a Baltimore based study, conducted between 1995 and 2009, on fatal cases of heroin overdose found that increasing the availability of MAT drugs like methadone and buprenorphine caused the number of fatal overdoses to drop by as much as 50%. Apart from having a direct effect on the number of overdose related deaths, MAT based treatments also result in remarkably positive effects on the patients’ lives, such as increased retention in therapy, improved social skills, reduced risk of transmission of infectious diseases (due to sharing contaminated equipment like used syringes and needles), and reduced proclivity towards activities of an unsocial or criminal nature.

Despite all this positive evidence, less than 50% of addiction treatment programs in the private sector offer MAT and in those that do, only an average of 34% of admitted patients receive those services. What seems to be the primary barrier to the widespread adoption and access of MAT based treatment services is the lack of trained personnel who can administer the treatment and a fundamental misunderstanding of the mechanism of MAT. A surprisingly common misconception in the medical community is that MAT may simply replace addiction to a “street” drug such as cocaine or heroin with an addiction to a “medical” drug such as methadone. Such misconceptions have resulted in a large number of addiction treatment facilities to favour an abstinence model and a general scepticism of MAT based treatments. Moreover, when MAT is prescribed, many administrators use lower than recommended dosages due to an ingrained scepticism about its efficacy; sustained prescription of inadequate dosages results in an ineffective treatment regime which results in the patient relapsing into opioid use. This further confirms the erroneous notion of MAT being ineffective.

Political and regulatory restrictions are another hurdle that is keeping MAT based treatments from really taking off. A recently published report from the American Society of Addiction Medicine highlighted how public policy and government regulations are providing serious obstacles in the way of both public and private insurance providers providing coverage for MAT. Public policy puts limits on important treatment parameters such as upper limits on prescribed dosages, annual or lifetime limits on prescribed medication, exhaustive criteria and extremely specific requirements for authorisation and reauthorisation of treatment, inadequate coverage of counselling, and a “fail first” criterion that mandates MAT be attempted if and only if all other alternative methods have been exhausted. Such policies might have been put in place on the basis of good intentions: preventing opioids from falling into the wrong hands. However, this has had quite the opposite effect: hindering effective treatment to the at-risk people who need it the most. Maintenance MAT, a technique proven to prevent relapse and death in cases of opioid addiction, is rendered almost useless due to lifetime limits on the total cumulative amount of drugs that can be prescribed to a patient.

State and private insurance providers make matters worse by only selectively covering some addiction management medications such as buprenorphine but not others. Effective solutions like naltrexone and methadone are almost never covered by private insurers. The Affordable Care Act (ACA), also known as Obamacare, corrects these missteps to a large extent mandating that insurers cover substance abuse and mental health related issues to the same extent as for general health issues. The individual mandate of the ACA also ensures that more people are actually covered under health insurance, thereby allowing at-risk individuals access to MAT based treatments though insurance, public or private.

DHHS agencies are now actively engaging in efforts to improve access and adoption of MAT based treatments for cases of substance abuse in a concerted effort to reduce the number of cases of opioid overdose recorded country wide. The National Institute of Drug Abuse (NIDA) is funding research that aims to improve access to MAT to vulnerable and at-risk populations such as the poor and the incarcerated. The NIDA is also funding research on development of new pharmacological treatments for opioid addictions and simpler, non-invasive delivery systems of such treatments. The Substance Abuse and Mental Health Services Administration (SAMHSA) is encouraging the use of MAT in state funded substance abuse treatment programs and is also supporting the production of materials that educate all concerned people about the benefits of MAT.

The Centres for Disease Control and Prevention (CDC) is also actively engaged in allowing states to implement MAT based treatments for addressing overdoses of prescription drugs. The CDC’s policies focus mainly on surveillance and establishing robust clinical practices that identify patients or providers who might be inclined to operate outside legal boundaries. However, these initiatives require the full cooperation of the medical community to be successful.

Addressing the opioid overdose epidemic is a complex task and improving access to MAT is just part of the process. It helps addicted patients recover but it is also necessary to institute policies that prevent inappropriate prescriptions in the first place without restricting the availability of the drug to those who need it. Because opioid drugs are used in critical and potentially lifesaving situations, it is important to remember that allowing proper access is more of a priority than preventing illicit use. Doctors should be trained to regularly check drug offender registries to identify potentially abusive patients as well as prescribe MAT and other associated methodologies that provide maximum effectiveness for people with addiction.